This One Goes to Eleven 协和万源入围第十一届上海学生电影节官方展片

Friday March 9th saw international students from all over Shanghai, as well as Nanjing and Beijing, arrive at Huang Xing Park for the annual Shanghai Student Film Festival 8-hour film challenge. This event kicks off a weekend of activities related to film, which aspiring filmmakers can take part in.

“We met talented students from all around the world here and had a chance to group with them for the challenge,” said G12 Louise Lin. “There were about 5-7 students in a group which fits in to role of Director, Cinematographer, Editor, Sound Designer, Screenwriter and Actors. We had about five hours to film a 2-minute melodrama that was themed to ‘This one goes to Eleven.’ Although some groups have already came up with a script, we still need to reach at least five requirements which are newly given on that day. After 5 hours of shooting, we went to Mei Theater to edit the clips and turn it into a complete short film. After a long period of working, we can finally start to view everyone’s result in the Theater.”

“This one goes to Eleven”

It’s a quote from a movie called “spinal tap”. If something goes to 11 it means it’s just a little bit extra. This year is the 11th annual S2F2. 今年恰逢第十一届S2F2电影节。这句句子出自电影《摇滚万岁》，有 “额外、更多一点” 的涵义。

The judges stayed in the theater well after students had left, deliberating the winners of the 8HFC. Students had to wait until the Saturday gala to find out the results.

Saturday morning brought everyone back together at Shanghai Vancouver Film School. Students spent the day attending workshops in cinematography, sound design, makeup for film, 3D animation, and screenwriting. Teachers spent the day putting finishing touches on the awards presentation. Everyone gathered in the theater for the screenings of the award winning films. 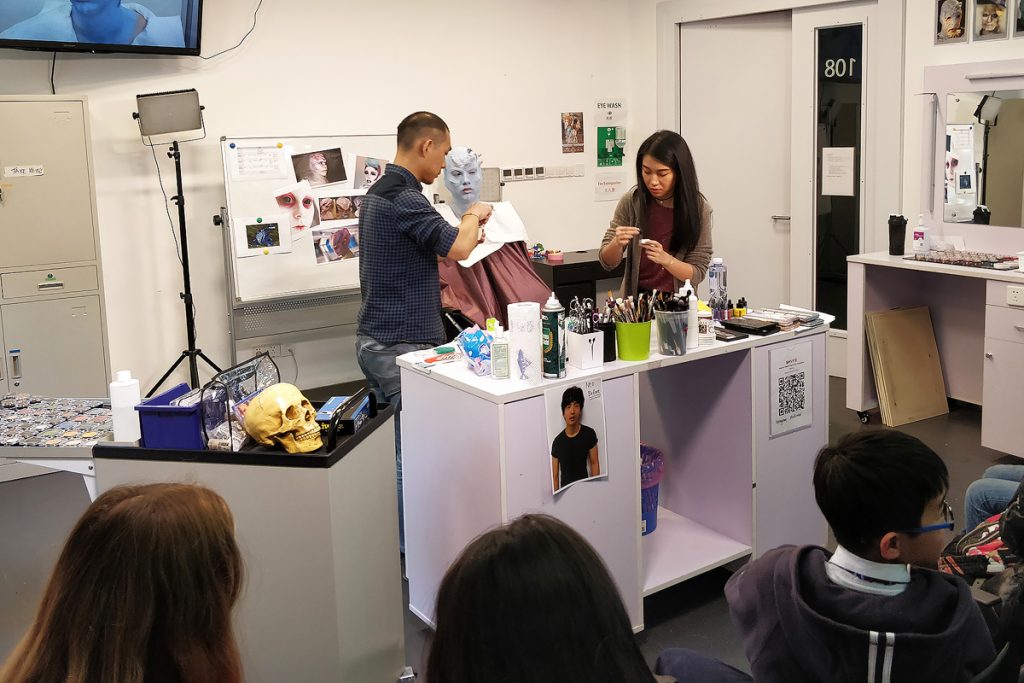 SUIS Wan Yuan came away with 2nd place in the 8HFC and the film ‘Sandglass’ by Kenny Zhao, Coco Tao, Andy Gao and Emily Gao was an Official Selection for the drama category.

Festival Director, Janel Sullivan, was very pleased with the event overall. She said she loves seeing young filmmakers coming together and sharing their passion. One addition to this years festival was short videos from S2F2 alumni to announce award winners. Miss Sullivan thought it was fantastic to show current students where some of their peers have ended up and the opportunities young filmmakers have in the future.